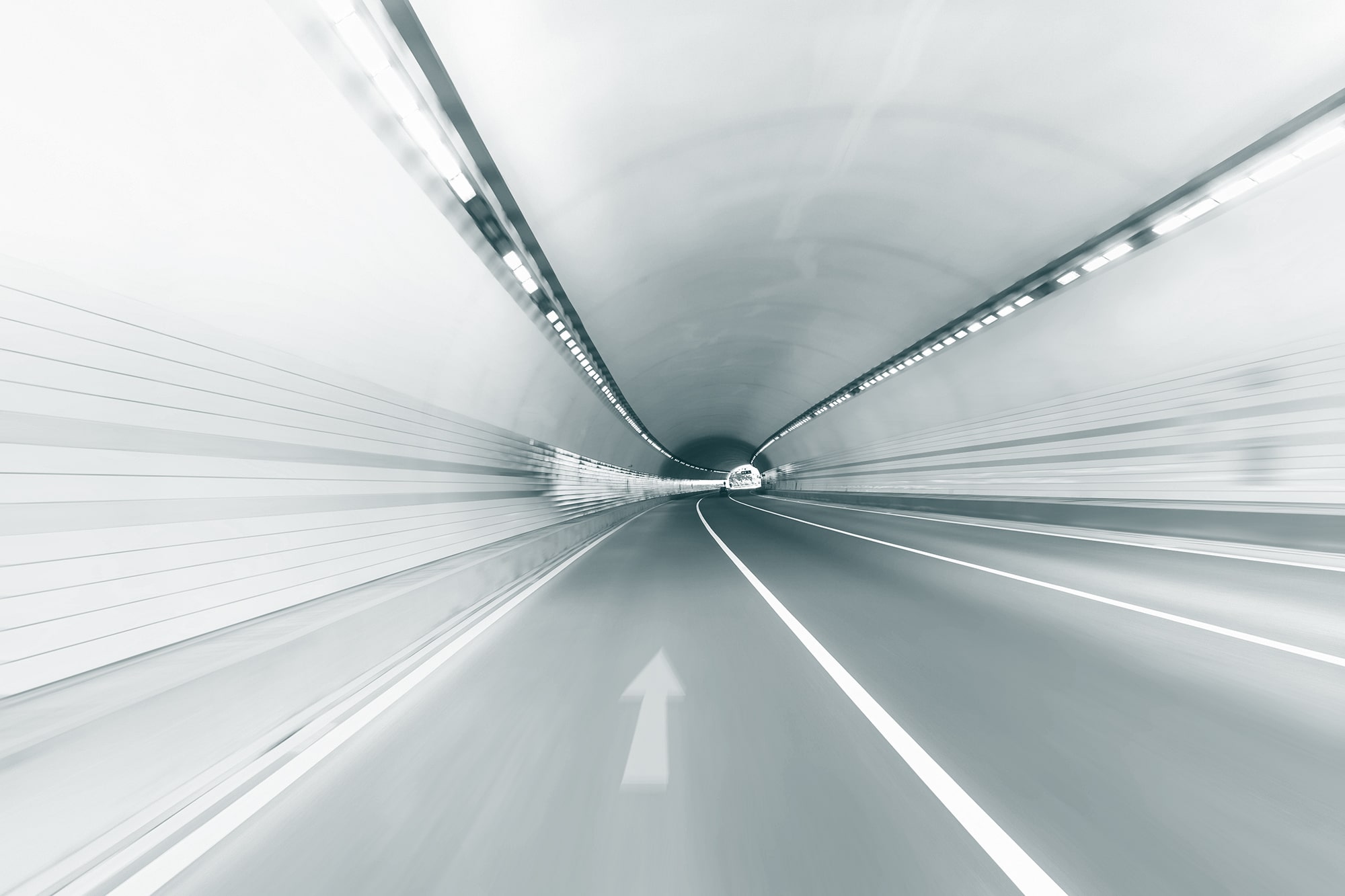 On March 1st, 2020 the world was hit with a global pandemic that literally transformed the way every business viewed themselves, their markets and their own position within them.

Every business was immediately forced to adapt.

For good or bad, one of the first statements I heard a week later came from Darwin.

“It is not the strongest of the species that survives, nor the most intelligent but one most responsive to change.”

Regardless of our beliefs, we cannot ignore change.

If you were to take “Adaptation Theory” into the current world you can see the three basic types of adaptations happening:

Every person and every organisation is seeking to make one or all of these adaptations.

I’ve seen literally hundreds of ways organisations across multiple industries work out ways to adapt from the inside and outside as viewed in this simple innovation diagram:

The world we’re in today is no longer about whether you can change or how fast the change is happening.

It’s now about how quickly or easily you can change, that is what will create advantages.

I call these advantages “Hyper Adaptation”.

What is Hyper Adaptation?

I first came across the term Hyper Adaptation at a technology conference.

It was used to describe the rate at which consumers take on new technology and assimilate this into their world. Examples like the rapid rise of voice technology, cryptocurrency and AI show just how rapidly this can happen.

In a literal sense, Hyper Adaptation can be broken down into two parts:

Hyper Adaptation is a person or organisation’s ability to adapt rapidly while creating new superior advantage(s) for long-term success.

Let’s break this down…

To create, optimise or readapt a current set of known or unknown assets, to solve an existing problem and bring long-term advantage in a critical area for you or your business.

It could also be described as:

Not all adaptation brings a superior advantage

You might be fooled into thinking that hyper adaptation is about doing things faster.

But, doing the same things faster will only get you more of the same result.

This also isn’t about a small adjustment done quickly to capture something new, although that can be helpful and may give you a short-term win, actually, there is very little long-term competitive benefit.

We see this in the example of the virtualisation of businesses today.

Almost every B2B business took on “virtual or enhanced virtual delivery” as a new adaptation.

They gained a small advantage in being able to protect against significant drops in revenue and relationship equity with their customers or potential customers.

…6 to 12 months later this was no longer a competitive advantage. Most of their competitors have the same tools, developed similar skill sets and were telling the exact same story “We can now deliver to you virtually”.

For your business, and particularly the view of who you’ll become to your customers, you must look at the actions and decisions you make more carefully.

It means we have to think differently about how we adapt. A shift in perspective before a shift in activity.

How to take advantage of Hyper Adaptation

The ideas and application of “Hyper Adaptation” are fundamentally changing our and our customer’s results.

To the point that across our business and customer base more than 60% saw growth during the pandemic.

These are just a few new advantages created within weeks of applying hyper adaptation principles from a customer perspective. The interesting thing is that the solutions presented had never before been considered until the crisis hit!

Of course, sometimes adaptation requires more than one entity. You have organisations, departments, teams, etc that are symbiotically bound to each other for survival so co-adaptations must occur. One area makes an adaptation, then the other must follow to continue a mutually beneficial relationship.

Because of this, we need a framework to help us with using these big ideas well in our businesses and particularly with and for our customers.

We first must understand two important principles. Speed of adaptation and advantage thinking.

1. Speed of Adaptation: speed to root cause and not speed to actions

2. Advantage thinking: make your business and customers better while making the competition irrelevant.

Remember speed of change isn’t the problem. Speed of adaptation and advantage thinking is.

List the challenges you have currently that you see in your business then apply the principles above.

Below are examples of challenges we’ve been working on with our customers.

The big question is… what do we do once we’ve identified the problem?

Here are some companies who saw the current or future changes that would disrupt their business and created superior advantage through new adaptation.

Anyone born before 1985 may still think Apple is just a computer company as one of the pioneers of personal computers and the inventor of the still popular “Mac” brand.

If Apple had just remained a computer company though, it is uncertain if the company would still even be in business. It took only about a year to develop the iPod, but its launch radically changed the company.

Building on the success of this portable media player, Apple then effectively created the touchscreen smartphone industry before then moving on to make the tablet computer concept a real product and an actual success.

Once just a computer company, Apple is now a consumer electronics giant.

During the pandemic, it was surprising to see on the news an alcoholic drinks company at the forefront leading the charge in hand sanitiser sales.

The $34 billion French drinks group saw the opportunity in their supply chain and chemicals work to help meet the world’s urgent need for the potentially life-saving product that was in scarce supply.

Sourcing brand new ingredients including glycerin and hydrogen peroxide, which it doesn’t usually use, it used its dozens of distilleries located across the globe to produce industrial quantities of the hand gel.

Less than 24 hours later, the maker of Jameson Whiskey and Absolut Vodka had received all the government approvals needed. By the end of the week, the first batch of its hand sanitisers was rolling off the production lines in Fort Smith, Arkansas. None of their competitors considered this adaptation change.

Nokia started off as a pulp-and-paper company in the mid-1800s before expanding into generating power.

Nokia was in a diverse array of industries particularly after mergers in the 1960’s it was into markets like televisions, computers, plastics and so on. As time went on though, the company increasingly saw better opportunities in telephony, electronics and radio products, and ultimately combined these into mobile communications. At one point it was the world’s largest cell phone maker.

Seeing the great competition in the cell phone market, and frankly a collapsing brand, they realised their potential of mobile communication products. By divesting and selling those other operations, Nokia became what it is today – a company focused on telecommunications technology and vastly successful.

What advantage are you currently creating for your company and your customers?

How do you and your organisation respond to the speed of change?

Look at your current activity. What are you creating and doing that are yielding results? What isn’t working and why?

Hyper Adaptation is a part of the “Growth Systems” you need in your organisation to be able to support continued growth and success with your customers.

Want to know more? Get in touch with us!

Why Your Organisation Needs A Customer Crisis Plan

This website uses cookies to improve your experience while you navigate through the website. Out of these cookies, the cookies that are categorized as necessary are stored on your browser as they are essential for the working of basic functionalities of the website. We also use third-party cookies that help us analyze and understand how you use this website. These cookies will be stored in your browser only with your consent. You also have the option to opt-out of these cookies. But opting out of some of these cookies may have an effect on your browsing experience.
Necessary Always Enabled
Necessary cookies are absolutely essential for the website to function properly. This category only includes cookies that ensures basic functionalities and security features of the website. These cookies do not store any personal information.
Functional
Functional cookies help to perform certain functionalities like sharing the content of the website on social media platforms, collect feedbacks, and other third-party features.
Performance
Performance cookies are used to understand and analyze the key performance indexes of the website which helps in delivering a better user experience for the visitors.
Analytics
Analytical cookies are used to understand how visitors interact with the website. These cookies help provide information on metrics the number of visitors, bounce rate, traffic source, etc.
Advertisement
Advertisement cookies are used to provide visitors with relevant ads and marketing campaigns. These cookies track visitors across websites and collect information to provide customized ads.
Others
Other uncategorized cookies are those that are being analyzed and have not been classified into a category as yet.
Other
SAVE & ACCEPT